Covanta is continually seeking new and innovative ways to increase the value of waste and divert materials from the landfill. After combustion takes place in our EfW facilities, we recover valuable metals from the remaining ash for recycling. 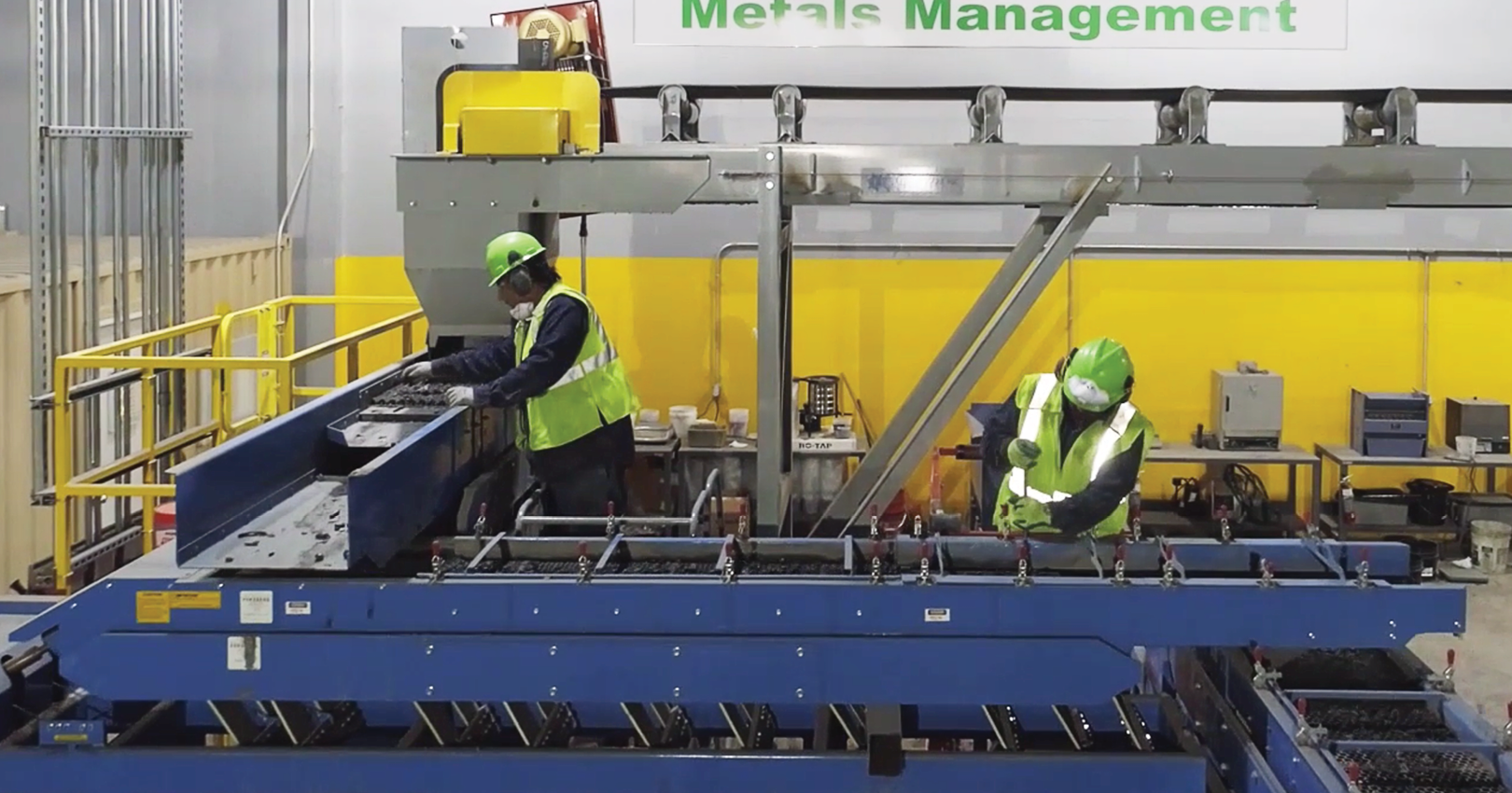 Recycling metal recovers valuable natural resources and reduces GHG remissions, as the production and mining of new metals is a carbon-intensive process. We recover both ferrous metals and non-ferrous metals (such as aluminum, brass and copper). By recovering and recycling 500,000 tons of metal each year, Covanta’s operations save more than 1.2 million tons of GHGs, or the equivalent of pulling approximately 113,000 cars off the road for a year.

Since 2012, Covanta has made significant investments to recycle more metal from the waste stream, including 70 individual metal enhancement projects that have avoided landfilling over 100,000 tons of metal per year.

Our most recent focus has been on improving the quality of metals extracted from the ash for recycling. An important part of this journey has been the 2016 launch of commercial operations of our metals recycling and processing facility in Fairless Hills, Pennsylvania. The facility improves the quality of recycled metal and increases its value by using advanced processing techniques to recover, clean, sort and deliver an end product ready for the open market. The ferrous operation in Fairless Hills processes metal from up to 15 plants in six surrounding states, while the non-ferrous operation separates metal from more than 30 plants across 15 states.

Recycling metals from EfW facilities avoids greenhouse gas emissions and recovers natural resources that would have otherwise been lost in landfills.

Covanta has long viewed ash reuse as a major opportunity to enhance our EfW plant operations while opening new markets. Building on the success of the Fairless Hills facility, we have taken another innovative step toward extracting the most value from post-combustion ash while diverting even more material from landfill by beginning constructing our first Total Ash Processing System (TAPS) in 2019.

TAPS is a unique new technology that further separates the ash from EfW facilities into its component parts. This enables increased recovery of small metal fractions and the recovery of aggregate for reuse as construction material, reducing the volume of ash requiring landfill disposal by as much as 65 percent. Once metals are removed from the ash and recycled, potential reuse applications of what remains include hot-mix asphalt for driveways and parking lots and ready-mix concrete for commercial use.

The first TAPS plant is in Fairless Hills, Pennsylvania, adjacent to Covanta’s existing metals processing facility. It’s designed to process over 400,000 tons of ash from multiple EfW facilities, recovering previously untapped value from these waste streams. We expect the new facility to pave the way for additional TAPS opportunities to further complement our EfW portfolio.

TAPS consists of a modular batch system to effectively separate aggregates and fine metal fractions through the use of high intensity magnets, eddy current separators, and specialty equipment. 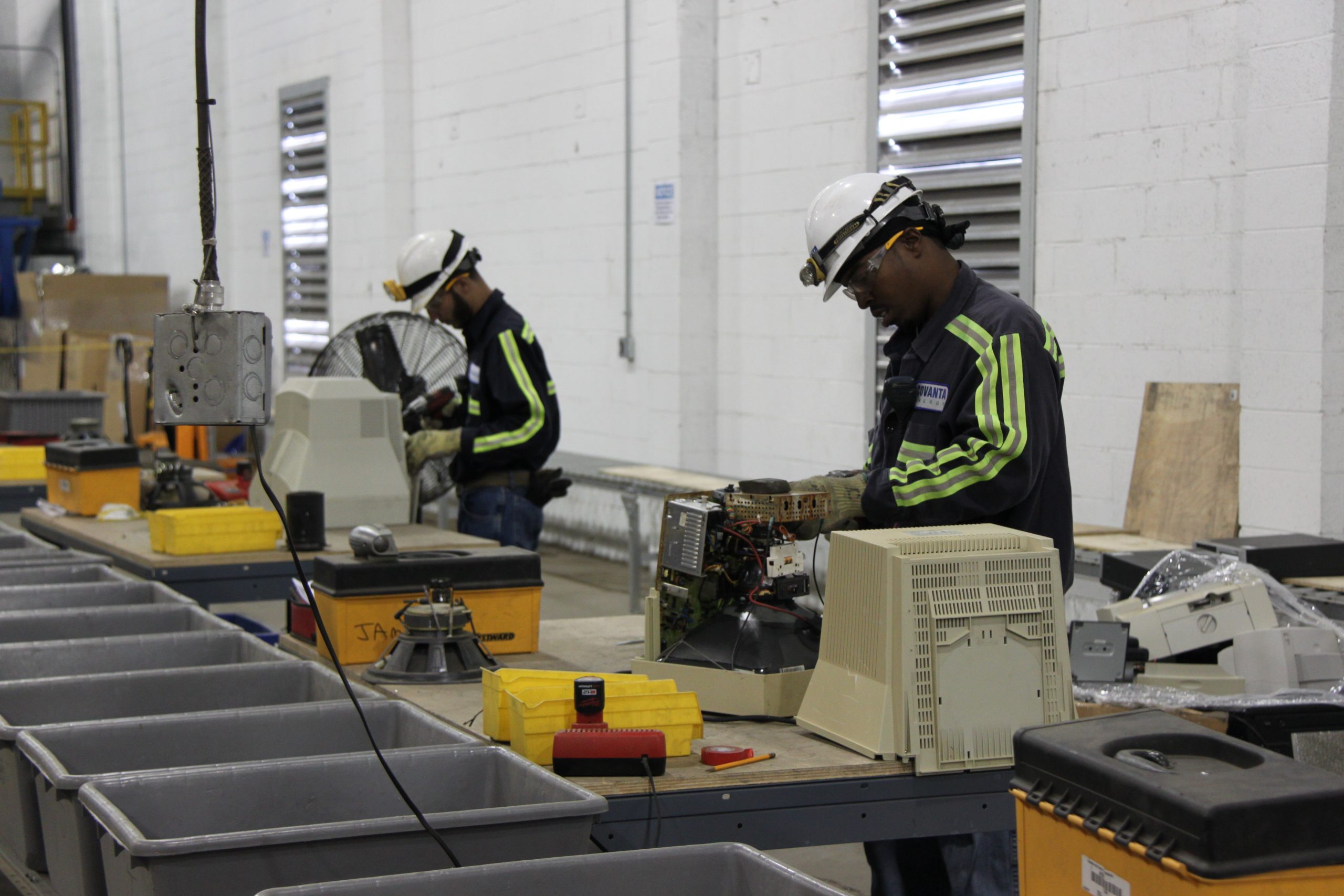 According to the U.S. EPA, electronic waste (e-waste) is the source of 70 percent of heavy metals—including mercury and lead—in landfills, presenting an ongoing risk to the environment. In response to the growing need for electronics recycling, Covanta established ECOvanta, an electronic waste recycling facility in Southwest Philadelphia, dedicated to safe, secure e-waste recycling that keeps pollutants out of landfills, reduces the effects of e-waste on the environment and prevents data from falling into the hands of those who might exploit it. We work with many states, counties and municipalities to collect more than 15 million pounds of old electronics per year in our e-Stewards-certified facility. We recycle or reuse more than 95 percent of that in accordance with our Electronic Waste Policy and Safety and Health Policy.

E-waste recycling facility featured in NowThis News in the series “One Small Step”.

What Happens to e-Waste?

Covanta Environmental Solution’s e-Waste operation in Philadelphia disassembles, sorts and shreds e-waste into separate streams that are sent to various downstream processors that specialize in different commodities. Only about 5% of the incoming waste is sent for energy recovery (e.g., mixed-in trash, wood, particle board cabinets).  Electronic scrap, the shredded hard drives, circuit boards and computer parts we think of when we think of e-waste, makes up less than 25% of the incoming e-waste and is sent to specialty processors who can recover the valuable materials. 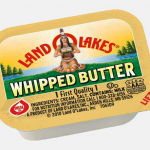 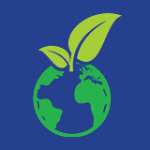 That in the United States, approximately 7.5 million tons of metal goes to landfills each year?

If recycled instead, that metal could be used to build the equivalent of more than 90 Golden Gate Bridges.