Nestled in the city of Rolla, Missouri – population of just over 20,000– is a global technology leader in developing and manufacturing innovative materials and processes used for the reliable fabrication of cutting-edge microdevices used in tablet computers, smartphones, digital cameras, and televisions. From cell phones to tablets to televisions, Brewer Science’s anti-reflective coatings revolutionized microelectronics manufacturing and ushered in today’s high-speed, lightweight electronic devices that are now so often taken for granted. Beyond driving innovation in the microprocessor industry, the company is leading the way in sustainability for the industry and for its local neighborhood.

As early adopters of sustainability and environmental responsibility, Brewer Science leaders made finding ways to better the environment a priority for the business. The company recently published an e-book about its efforts titled: “Moving Forward: A Story of Sustainable Manufacturing” which highlighted some early achievements including: converting 520,000 pounds of hazardous waste into fuel that could replace natural gas and coal; gathering more than 597 tons of waste for recycling through its mini-bin program; and collecting 811,000 pounds of appliances, electronics and tires through a community program – all of which would have gone to the landfill!

“Since we began our efforts almost 20 years ago, we’ve done a lot of work with each part of the facility (manufacturing, shipping and the workshops) to identify waste streams and educate our employees about why this (recycling/reuse) is the right thing to do,” said Rory McCarthy, Environmental Manager, Brewer Science. “We even had employees involved in ‘dumpster diving’ to assess what materials could be used outside of a landfill.” Camron Stover, Environmental Engineer, Brewer Science, added: “As part of our culture, new employees are engaged on sustainability and our way of working right from the new hire orientation. It’s not a matter of a few executives pushing through a pet project, but rather, the desire to be an ecofriendly company has been a truly grassroots effort. It is the committed employees who have made sustainability and environmental stewardship part of the Brewer Science brand.”

The team wanted to take the next step and reach a key sustainability goal of getting to zero waste-to-landfill and to be certified by a third-party for achieving this milestone. However, the challenge was effectively handling and managing the waste that couldn’t be recycled, reused or repurposed. Approximately, 7% of the waste (such as cafeteria and bathroom waste, as well as floor sweepings) was keeping the company from achieving its goal of zero waste-to-landfill.

In 2013, Brewer Science and Covanta began discussions about how a service partnership would enhance Brewer Science’s sustainability initiatives and help reach its zero waste-to-landfill goal. “It took almost two years to get the relationship going,” said McCarthy. “We did several visits to Covanta sites to see their functionality, check compliance and to ensure that we had the right partner who shared our overall goals and vision for the environment.”
But persistence paid off and in 2015 the discussions resulted in the transition and implementation of a sustainable waste solution. The new partnership included the installation and operation of new equipment for the bulk accumulation and transport of compacted materials to Covanta’s Energy-from-Waste (EfW) facility in Tulsa, Oklahoma.

One piece of new equipment was a large compactor. The compactor was selected to facilitate the in-plant collection and accumulation of non-recyclable materials as well as to optimize load weights of outbound shipments to Covanta. Its large size enabled Brewer Science to reduce the number of hauling requirements. And no one can miss the large signs/banners that remind employees of the power of zero waste-to-landfill.

“The compactor was an important step because it gave us a place to put the waste we couldn’t recycle or reuse,” said McCarthy. “It served as a visual reminder of what we were doing to get to zero waste-to-landfill and it got our employees even more involved since ‘feeding’ the compactor properly became a slogan to educate employees about what should and shouldn’t be placed in the compactor.”

Since its installation, the compactor is picked up every four months by a third-party hauler contracted by Covanta. When the compactor, filled with non-recyclable waste items, arrives at the Tulsa plant, it is mixed with municipal solid waste and metered onto the state-of-the-art grate system where the combustion process occurs. During the combustion process, water in steel boiler tubes is heated up and converted into high temperature steam. The steam is then used to power a turbine generator that produces clean, renewable energy that is sold to Public Service Company of Oklahoma for use in the surrounding communities. “Before the compactor, all of this waste was going to the landfill,” said Stover.

With a viable landfill diversion strategy that has sent approximately 77 tons of non-hazardous waste to Covanta Tulsa over the past two years, Brewer Science achieved a companywide goal. This milestone was independently verified by GreenCircle Certified, LLC, a third-party certifier of environmental and sustainability claims. After its completion of extensive audits to verify Brewer Science’s sustainability achievements in contributing zero waste-to-landfill, GreenCircle certified the company for both 2016 and 2017. Brewer Science is the only business in the microelectronics and semiconductor industry to earn this recognition.

As noted in Brewer Science’s e-book: “This certification is more than a major milestone or a point of pride. In many ways, it represents years of effort and dedication from people at all levels of the company, united and forming a collective mindset to reduce waste and remain stewards of the environment.”

While achieving zero waste-to-landfill certification wasn’t easy, it’s also not a one-shot deal. “While we celebrated our success and thanked all of our employees for getting us to certification – twice – we can’t sit still,” said McCarthy.

“Continually driving sustainability is part of the Brewer Science DNA and as our customers are getting increasingly more savvy they expect more from us,” he adds. “We take it seriously – not only by finding new ways to improve our efforts within the facility, but we also participate in Adopt-a-Highway programs and collaborate with other companies and the city to bring environmental programs to the forefront in the Rolla community.”

Reflecting on the journey that brought them to being the only zero waste-to-landfill certified company in the semiconductor / microprocessor industry, McCarthy credits founder Dr. Terry Brewer who saw the immediate return on investment for the environment, despite the incremental costs incurred by sustainability programs.

“We believe that protecting our environment and conserving resources are essential to running a successful, mindful business,” said McCarthy. “The key to success is having leaders who understand that there are other forms of measurement outside of the accounting numbers. We’re doing this today for the people of tomorrow.” 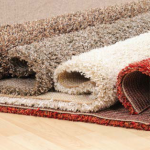 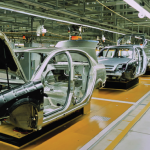 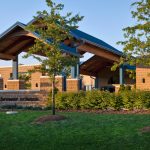 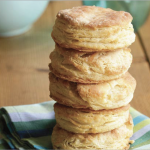 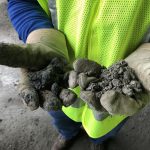 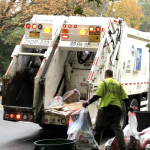