Unless you work in the airline industry you probably never thought about what happens to tires on the plane when they have reached their end of life, or even more specifically, cleaning those tires. At American Airlines Wheel & Brake Center (AA W&BC) that’s one of the many things they focus on. The AA W&BC in Tulsa, OK, processes over one million tons of tire rubber or about 25,000-26,000 tires a year. When the tires arrive at the facility, they have been used for a number of cycles and have grease, hydraulic fluid and break dust on them.

To clean the tires to recover to usable rubber, the tires are run through a machine that resembles a car wash. That process generates waste water –“dirty water” by all accounts.

But what happens to the dirty water? “Before we started working with Covanta, we would have treated the dirty water to remove most of the contaminants, stored it, and then solidified and disposed of the water in the landfill,” said Thelma Latimer-Davis, Manager, Environmental Engineering, American Airlines.

“Our work with Covanta is very important to this city. We’re helping to establish a ‘green’ community.”

Today, the waste water from the AA W&BC gets a second life positively impacting a refinery just a short way across town. How did this happen? It started with a company that prides itself on grassroots-style, employee-driven and supported recycling programs. Through employee efforts the facility was recycling more than half of its waste in 2014. “We knew that there was more opportunity,” said Latimer-Davis. “We saw other companies in other industries going to zero waste to landfill and knew that we had to find a way to get there too.”

“It really is about partnership,” added Teresa Sellers, Senior Environmental Engineer, American Airlines. “Recycling is such an important activity but without a good partner or partners and support from employees even the best efforts won’t be successful.”

It’s no secret that the airline industry has had its share of economic troubles over the years. This cost-containment environment factored greatly into the team’s journey to zero landfill. It was important to find a partner that could cost-effectively help achieve their goals.

“The fact that Covanta was located in Tulsa made this happen,” said Latimer-Davis. “By partnering with them for our waste water recycling, we do not incur costs to ship water across state lines – they are less than 10 miles away.”

In March 2014, AA W&BC started to transport its waste water to the Covanta Tulsa facility. The company now sends Covanta 800 tons per year. Once the waste water arrives at the Covanta facility, it is processed through the Liquid Direct Injection process which pumps the waste water through atomizing nozzles directly into the combustion chambers where the contaminants are destroyed and the water is vaporized, thus avoiding landfills and eliminating potential landfill leachate impacts. The steam produced by the Covanta Energy-from -Waste facility is transported through a high-pressure pipeline across the street to a refinery and offsets the refinery’s use of fossil fuel to make industrial steam for its many processes.

“Our Liquid Direct Injection process handles a high volume of liquid waste,” said Jennifer Minney, Southwest Region Sales Manager, Covanta. “The non-hazardous liquid from places such as American Airlines Wheel and Brake Center is injected directly into the 2000°F boiler, destroying any contaminants, and, in this case, providing a much needed solution to another business in
the city.”

“People are talking about what we’ve accomplished but most importantly the conversation about sustainability is continuing. Who knows what other great ideas are out there waiting for someone to bring to life?”

“Winning the Henry Bellmon Award, gives us the opportunity to show others in Tulsa what we’ve been able to do,” said Latimer-Davis. “It also demonstrates to the aerospace industry – which there is a lot of here – that zero waste-to-landfill can be achieved even in places where the main activity is maintenance and not manufacturing.” “Our work with Covanta is very important to this city,” Latimer-Davis continued. “We’re helping to establish a ‘green’ community. People are talking about what we’ve accomplished but most importantly the conversation about sustainability is continuing. Who knows what other great ideas are out there waiting for someone to bring to life?” 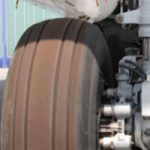 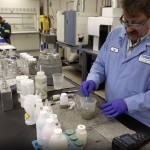 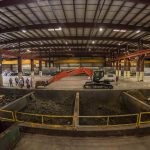 Expanding Material Processing in the Midwest 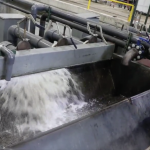 Beneficially Reusing Wastewater in Our Own Operations